BEST is a non-governmental, non-profit, non-political volunteer organisation that it’s main action is to bring students, universities and companies closer together in order to learn and benefit from each other. This is done through BEST services most important of which are academic events, BEST University center and BEST Career system. In order to achieve these, around 3000 students work endlessly in a network of more than 80 Universities in 30 countries of Europe. Via a specific local and international level structure of Local BEST groups, committees and a board, lots of discussions are made, ideas are brought up, and proposals are voted upon in order to do better what BEST strives to do: Empower Diversity among Europeans!

I started my journey in BEST early in November of 2004 when I joined a presentation about the organisation in my University. I immediately wanted to be a member and so I started attending meetings of the Local BEST group of Thessaloniki. After some time I got invited in my first BEST event and it happened to be a General Assembly of BEST, being co-organised by LBG Thessaloniki, LBG Athens and LBG Chania. What I witnessed there changed the flow of events of my life: Hundreds of students from every corner of Europe sitting in a plenary and discussing about the future the organisation! That was something amazing for me and that’s what kept me active in the organisation for 5 years after that day. During my journey in BEST I had the chance to work with local people, while at the same time work and communicate with people living in the 4 different time-zones of Europe. My involvement in BEST was the following

Besides these, I got involved in the organisation of more than 10 international meetings and courses, while I was a participant in more than 30 internal events of BEST, which aim in the development and sustainability of the organisation. Furthermore I got and delivered training on topics varying from Project Management to Goal setting and Efficiency of working teams. 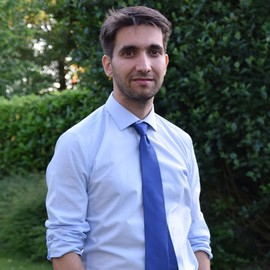